Lauren Bacall: Women must choose between family and career

She added: "We live in age of mediocrity. Stars today are not the same stature as Bogie, Jimmy Cagney, Spencer Tracy, Henry Fonda and Jimmy Stewart.

"Actors today go into TV, which I don't consider has a lot to do with acting.

"They only think of stardom. If you photograph well, that's enough."

The blonde beauty - who last year blasted a reporter who branded her 'Dogville' co-star Nicole Kidman "a legend" - also slammed Hollywood actresses for their lack of individuality and fixation on being slim.

She added: "I have a terrible time distinguishing one from another. "Girls wear their hair the same and are much too anorexic-looking. "They're not very womanly. And their entourages are a nightmare."

But the New York-born actress praised English actor Hugh Grant and tipped 'Cold Mountain' star Jude Law for future success. She said: "Jude Law is good and has years ahead to prove himself."

The Hollywood star also admitted that she was "crazy" about the 'Notting Hill' star Hugh, who she described as "charming and marvellous looking before adding: "Not a great actor but he doesn't have to be." 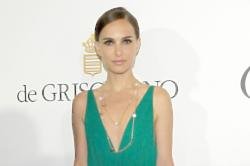 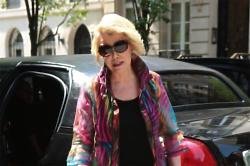 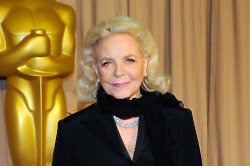