Operation Bluebird by Harry Old is a gritty romantic thriller that will keep readers turning the pages until the shocking climax. 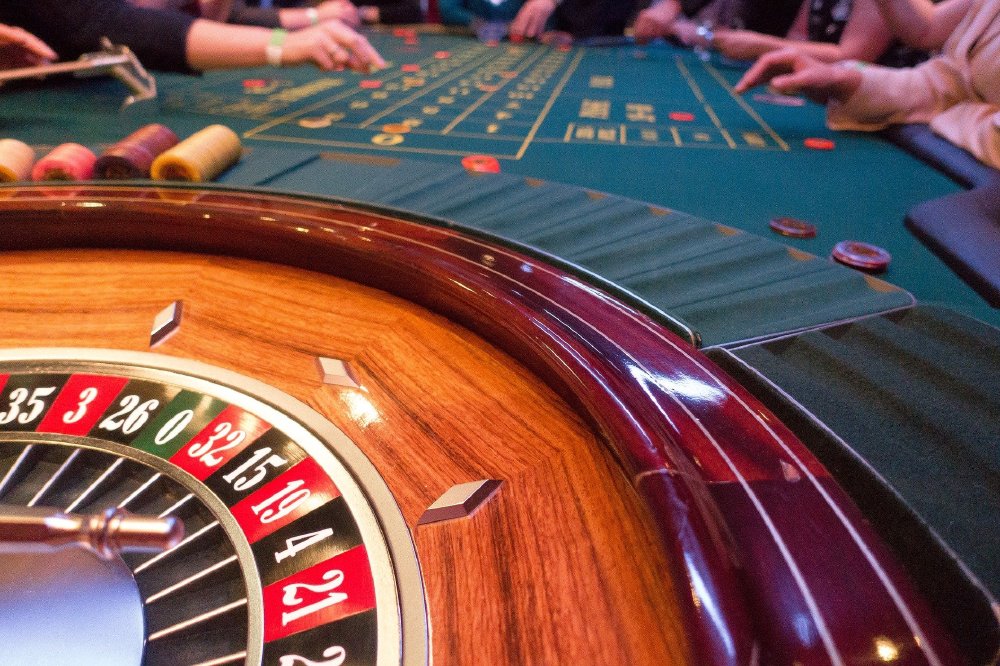 For those who love a crime novel that is fraught with tension but also pulls at the heart strings, Operation Bluebird is a must read.

Set predominantly in present-day London, it follows a rookie undercover police officer, Carrie Hart, who is thrown into a world of gangsters and expected to unearth evidence that will lead to a prosecution.

The family she has to infiltrate are the Parks – wealthy refugees from North Korea that police have been following for a decade.

Suspicions are rife, particularly over where their wealth comes from, and also following the death of a teenage informant.

It is Carrie’s job to uncover the truth and bring the Parks to justice, but she won’t be alone as alongside her is another, more seasoned undercover cop, David, who is posing as her older brother.

Together, the pair of them embark on a gripping, high-stakes adventure, which begins in Paradise Casino, owned by the crime family.

The key players within the Park family are Yoonho, the top dog; Han, a suspected murderer in charge of security; Soju, the manipulative golden boy of the family; and Jay (real name, Taehwan), a cocaine addict who comes across as the runt of the litter, continually being mocked by his siblings.

In order to infiltrate her quarry, Carrie – how posing as Cara Parry – poses as a dancer to secure work at the casino, wooing Yoonho to land the job.

Carrie can’t but help feeling sorry for Taehwan after he passes out from excessive drink and drugs, taking him back to his room. The relationship soon deepens and he begins to reveal valuable information about his family.

But life in the undercover world is not straightforward and Carrie soon finds herself blurring the boundaries between her real life as an undercover cop and a high-paid, higher-living club dancer.

In one particular exciting scene, she goes clubbing with Taehwan and takes cocaine for the first time.

Being young and naïve, Carrie thinks that it’s nothing she can’t handle, and is all in the name of her cause, but we can see that this marks the beginning of a dark descent for her, where the line between right and wrong, good and evil, becomes increasingly stretched.

Soon, Carrie goes one step further, sleeping with Taehwan’s brother, Soju, who has promised her that he will give her ‘brother’, David, a job at the casino.

Enraged with jealousy, Taehwan begins a killing spree, blowing apart the close-knit family and its confidents.

With things becoming suddenly ‘real’, Carrie wants out, but with their eyes on the prize, her superiors are reluctant to allow this when they are getting ever-closer to their objective.

Carrie goes deeper into her role and finds that she is developing romantic feelings for Taehwan, fuelled in part by an increasing liking for drugs, alcohol, and the new-found wealth she is being rewarded with by Yoonho for becoming one of them.

David, too, is struggling with the depth of his involvement, being coerced by Soju to bloody his hands in his criminal activities.

I won’t go any further, but to say that the dangerous attraction of their undercover lives will have serious, and tragic, consequences before the novel reaches its breath-taking climax.

Operation Bluebird is a novel that’s every bit as addictive, though in a good way, as the high living that Carrie gets too much of a taste for.

It’s remarkable to think that author Harry Old is only 28, given her mastery over the story, characters and situations.

This is her third novel, following 2015 debut Not Yet Dead, Nearly, and Pigeons (2019), and could well prove the one that puts her firmly on the literary radar.

With every new chapter, the tension grows — both as the investigation becomes more perilous, and also within Carrie and David as they battle to retain their sense of self in the midst of decadent chaos.

Not only is the plot satisfyingly tight and pacey, but the characters are fully fleshed-out and nuanced, each with their own believable motivations and demons to content with.

One of my favourite moments is when Carrie has just finished her dancing audition.

She stepped back onto the street with a fire in her chest, pretending she was stepping glamorously from a place she was part of. She could do this; she really could. Dancing for an audience was something she hadn’t done in years and she hadn’t felt this confident in just as long. She had expected to join as the lowest novice and have to put in a lot of hard work before Yoonho Park even noticed her existence, but there he was, noticing her already…

This short passage shows the many dimensions of Carrie – she wants to be the best at whatever she does, and yet she is also already noticing that this world of gangsters and money is ‘glamorous’, a warning sign if ever there was one.

In many ways, this idea of chasing a dream is similar to F. Scott Fitzgerald’s classic The Great Gatsby – referenced within the novel, where Gatsby is on the wrong path in pursuit of a glittering fantasy.

It is clear to the reader that Carrie, too, is following the wrong path.

Much of this is because of her addictions, which are a main theme in this book. Not only is Carrie addicted to intoxicating substances, she also becomes addicted to a false life and the idea of excess. The luxury lifestyle promised within the criminal world is, it seems, a potent intoxicant in itself.

In many ways, the novel explores, through the protagonist, the mind set of an addict in denial, and the inevitable bitter fallout which flows from this.

The novel also explores the moral ambiguities that the undercover cops must contend with as they seek to bring down the criminals.

This is summed up neatly by David, who says to Carrie that “only monsters catch monsters”.

While Operation Bluebird is multi-layered, it is first and foremost a thrilling read packed with something for everyone: glamour, violence, romance, friendship, self-discovery, and tragedy.

Operation Bluebird by Harry Old is available to buy on Amazon , priced £8.99 in paperback and £2.99 as an eBook. Visit www.harryold.com .

Operation Bluebird author Harry Old talks to us about how she got the idea for her new novel, about the similarities between certain characters and herself, and about who she’d cast in a film version, among other things…

Q. What motivated you to become an author?

A. Writing is something I’ve always done, so it’s cool to share it with other people. Plus, ditching offices and actually making a living out of daydreaming would be beyond awesome.

Q. How did your new novel come about?

A. Operation Bluebird was never supposed to be a book. It was supposed to just be the backstory of a character in a roleplay game. My day job is as an auditor and I survived audit busy-season 2019 in a Vienna hotel making police case files and Park business cards instead of going to sleep. Then I survived Covid lockdown by making a mini movie. I started writing random scenes just to continue surviving, thinking I would probably never put them all together. Now here we are!

Q. As an author, how do you handle characters and character development?

A. I don’t. They pop up out of nowhere and handle themselves, and all I can do is try my hardest to do them justice. There’s a Bluebird character called Soju who ran rings around me. I already knew the events that happened before I realised he had planned them all.

Q. What do you want readers to get from your new novel?

A. I don’t really want to tell people what to get, because I want it to make them think. Whether that’s exploring the characters, finding symbolism, making their own choice between order and chaos – whatever it says to them.

Q. Which stars would you cast in a movie of the film?

Q. What was your soundtrack when writing the novel?

A. Absolute theme tune: Lana del Rey’s “Gods and Monsters”. Actually most of her songs; they have the perfect feel of decadence and obsession. I also listened to GFriend’s “Time For Us” album on repeat.

Q. What do you think the secret is to writing a compelling novel?

A. Don’t try to. Which sounds stupid, but it’s true. As soon as your head starts writing a book, you might get something trendy, but I think you can tell when something was written to sell. As soon as your soul starts spilling out unchecked, that’s when you’ve got a real story.

Q. What elements of your own life have you drawn upon within the novel?

A. My sister pointed out that I’m basically a less extreme Taehwan. I thought I was Carrie. I have bipolar disorder and this, along with the resultant lifestyle, greatly reflects the polarisation of Paradise-Cara and Bluebird-Carrie, but,  like Taehwan, I also throw money at things to cheer up and pretend I’m amazing, throw strops when people disagree, and am terrified of feeling trapped.

Q. Who is your favourite character within the novel, and for what reasons?

A. Taehwan. He’s selfish and reckless and messes everything up for himself and I just think he’s the most beautiful person, and the tragic embodiment of how such imperfect beauty is too much for the world.

Q. What’s next for you as an author?

A. If only I knew! There are a few things floating around, but I wouldn’t be surprised if something else burst in, guns blazing, and ordered me to write it! 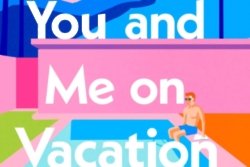 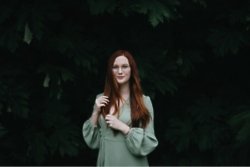 Seven things I learned while writing The Nature of Witches, by Rachel Griffin 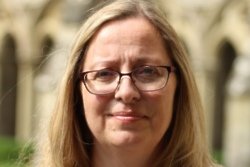