Anne-Christine Witzgall wanted to share her powerful story in the hopes that it might help others learn how to break their own cycle of intergenerational trauma.

My memoir, Freeing Rapunzel: Finding Peace After Trauma in a Divided Homeland, is the story of abuse within a household that echoed what my home nation, Germany, had inflicted on a continent—indeed, the world.

I was born in the summer of 1966 in West-Berlin, five years after the wall had been erected. My parents raised me in the National Socialistic tradition, where discipline and obedience were key, and women were submissive to men. Racist doctrine was taught at the dinner table, and I knew nothing of the Holocaust and had no real understanding of World War II.

As I became older, I began to see glimmers into the truth of the past and gain knowledge of the role Germany had played in global atrocities. I saw hints of my father's involvement in the war, and I could see how the consequences of the war had impacted my environment. The situation at home became more unbearable as I grew in maturity. I never truly knew where I stood, and the threat of danger, violence, and emotional abuse was constant.

I realised that to be whole, I must escape; and after almost giving up on myself, I decided to free myself, even if that meant stepping into the unknown. I moved to Los Angeles in 2005 with my husband and two sons, where I became a teacher and a life coach, and started to work through my trauma.

The idea for writing my story arrived in 2017 when my sister showed me my father’s two war medals that she had found in the attic of my parents’ house after my father’s death. It was like a call given the political atmosphere in the US at that time, which held chilling reminders for me of Germanys’ difficult and horrific past as the far right rose to power. I felt the need to stop being a bystander.

As Galit Atlas, the author of Emotional Inheritance: A Therapist, Her Patients, and the Legacy of Trauma states, “Every family carries emotional material that belongs to their parents and grandparents, retaining losses of theirs that they never fully articulated. We feel these traumas even if we don’t consciously know them. Old family secrets live inside us – and how we deal with them, can have huge repercussions for our own mental and even physical health”.

With my story, I want to show the world not only the effect trans-generational trauma (where the intense suffering of one generation can have a deep psychological, emotional and physical impact on the next), but to contribute to a more peaceful world that avoids all sorts of political extremism. I also feel my story explores the deeper issues women of all ages and cultures face: affirming their self-worth and purpose, and becoming more resilient.

MORE FROM BOOKS: Author Genevieve Jenner: How depression inspired the love of cooking behind my new book 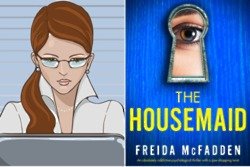 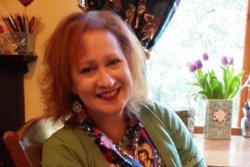 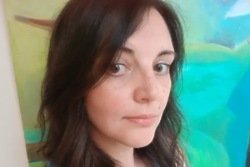 Author Genevieve Jenner: How depression inspired the love of cooking behind my new book