I like a good girlie evening, wrapped in a blanket reading about a girl taking on a big city and finding love, wearing beautiful shoes.

I heart London fits the bill and this is good, it is worth reading on a long commute or if the sun is shining and you fancy having a relaxing afternoon.

However I felt like I didn’t particularly like some of the characters I was supposed to adore. I found the clash between two of the the main character's, Angela’s friend’s Jenny, the New York fasionista and Louisa, the adoring wife and mother to be very cliché. It was constantly repeated how often Angela had changed since moving to New York and this added cliché wasn’t needed to explain how different her life would be, had different events occurred.

The story was rather predictable, although some twists and turns made me want to shake the characters hand and willed me to find strength to do the same if ever faced with the same situation.

The story is set in London and follows the life of Angela who has  painful past in matters of the heart, an exciting future with a musician and a rather interesting work life running alongside it, it spruced up the book and kept me turning pages.

Angela is very much a Bridget Jones character and out of all the characters in the book, the most relatable. Her running commentary of what she wanted to say was entertaining, while what she actually said made me laugh and kept with the continuous contrast between, restrained British manner compared to that our American counterparts.

Overall, you will giggle. You will imagine the characters faces in awkward situations. You will want to visit London sharpish and you will want to jump into the book and give a couple of the characters what for. It isn’t as gripping as some things I have read in the past, but then again I finished it without thinking I had wasted hours of my life. I would recommend this book and give it an overall 7 / 10. I am a bit biased though because I really do heart London.

by Emma Chaplin for v5.femalefirst.co.uk 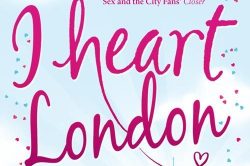 I Heart London by Lindsey Kelk 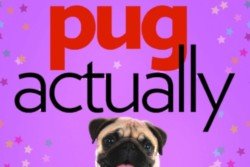 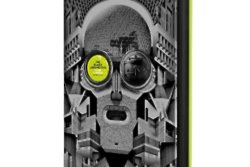